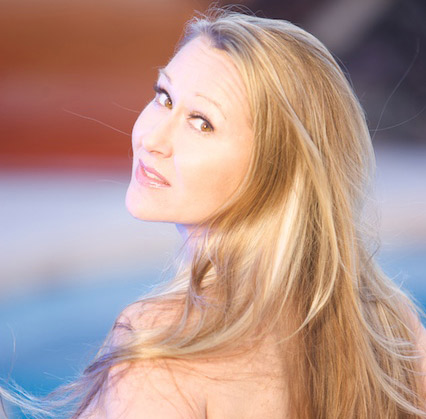 The Music:  One reviewer wrote, “Smart, soulful rock with a folk groove, and fiery, poetic attitude.” Nice, right? The year it was born, my album got listed as Number One “Pop Country” in the Top 20 of the Year by Music Connection Magazine, citing my original song “Fools Gold” comparing my voice to Shania Twain, Laura Nyro and Bobbie Gentry. My first songs got on iTunes in 2013.

Fave TV Series: Arrested Development…also, I just can’t get enough Archer reruns. I’m working my way through the A’s on Netflix so I can make it into the B’s — oh Bojack Horseman was funny. Hollywooo!

2021 Update, during pandemic, I have gone backwards in the alphabet to catch Awkwafina’s series. Queens! And then The Get Down, The Deuce, all the way through Schmiggadoon now.

Favorite Podcast: My go-to’s are NPR’s Tiny Desk Concerts, The Moth, Molly Jong-Fast’s or Smartless. Hey, I did love Holly Madison’s interview on Call Her Daddy. A must-listen for young women. Vocab term I learned? “Love-bombing.” You’ll have to listen to find out what to watch out for. It happened to her^ with her famous magician ex, not Hef! For more thinky time, The World Beneath is like turning over a rock on the roots of current trans-international corruption. Subscribe to that one first, since we all live on earth and deserve to know.